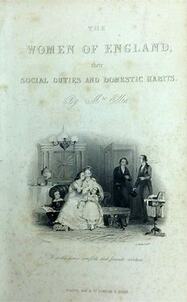 One part of my exploration of the readings for this class that I found extremely interesting was tracking the progression of women’s rights through the Victorian age and on. In the first readings, women lived for men and were taught to be morally right over being taught to be intelligent, innovative, or independent. Sarah Stickney Ellis covers this idea in her Social Duties and Domestic Habits--a sort of guidebook for women of her time. In this piece, Ellis says women are in charge of “cherishing and protecting the minor morals of life,” and should be “clothed in moral beauty” (Greenblatt, 2019, p. 657). Thus, Ellis calls not for the education and intellectual cultivation of women, but rather the moral cultivation of women. To Ellis, women should not be concerned with their intellect, just their morals. She leaves education, intelligence, and societal problem solving to the men, while she assigns high values, homemaking, and keeping men in check morally to women. Kathryn Hughes covers this view of Victorian women in Gender roles in the 19th century, saying women were given the domestic sphere because of their being viewed as physically weaker but morally stronger than men. This meant, as Hughes states, that they had to “counterbalance the moral taint of the public sphere in which their husbands worked all day…[and] prepar[e] the next generation to carry on this way of life” (Gender roles in the 19th century). ​ 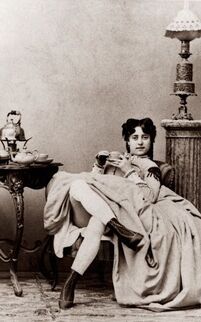 Another part of Victorian women’s roles that Hughes touches on is their sexuality. She says that women were supposed to want to marry because “it allowed them to become mothers,” not for “sexual or emotional satisfaction” (Gender roles in the 19th century). Women were not supposed to socialize with men without a chaperone and were judged as having too much of a sexual appetite if they were forward with men. Society looked down on prostitutes, even though many men purchased their services, because women were expected to abstain from sex until marriage. This part of Victorian society is shown in Dante Gabriel Rossetti’s Jenny. Rossetti describes Jenny as “fond of a kiss and fond of a guinea”—a type of currency—and goes on to pity her for being beautiful, yet shameful (Greenblatt, 2019, p. 524). Clearly, Jenny is a prostitute, shown through her “loosened hair…ungirdled and unlac’d [silk] and warm sweets open to the waist” (Greenblatt, 2019, p. 525). Further in the poem, Rossetti conveys that prostitutes were unvirtuous and looked down upon by society for being morally wrong:
Poor Jenny, all your pride and woe;
have seen your lifted silken skirt
Advertise dainties through the dirt;
Have seen your coach-wheels splash rebuke
On virtue (Greenblatt, 2019, p. 527).
Rossetti says that Jenny and her future generations will be scorned for her sexual transgressions and impurity. He also says that no pure woman should know and experience the things Jenny does, again showing the societal view of prostitutes as wrong, shameful, and impure. These ideas all tie back into the Victorian societal view of women as moral lighthouses who should not desire sex, only marriage and motherhood. 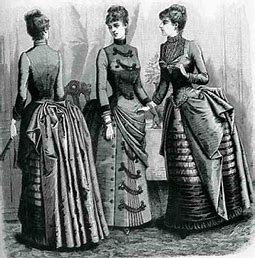 Florence Nightingale took an opposite approach to women’s roles, calling for reform and independence in Cassandra. She highlights the boring lives of Victorian women in a society “where no one of the three”—passion, intellect, and moral activity—“can be exercised” (Greenblatt, 2019, p. 672). She points out that women are more than pretty; they are imaginative, intelligent, and more. Forcing women to stay in the home not only creates this monotonous life, but also prevents them from pursuing their talents the way men do. Victorian women were educated, but only on skills to help them find a husband, because, like Pauline Weston Thomas says, a woman’s career was marriage (A Woman’s Place in C19th Victorian History). Men held the public jobs that called for education and innovation, while women were housewives tasked with cleaning, cooking, raising children, and satisfying their husbands—which did not require formal education on academics like men. Nightingale, however, called for the freedom for women to follow their passions instead of viewing them as “selfish amusement” and sources of guilt based on societal norms (Greenblatt, 2019, p. 674). Nightingale’s opinion was the minority at her time, but it did help pave the way for reform and more freedom for women. 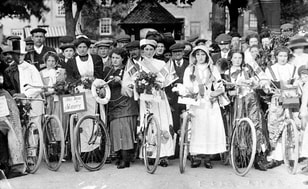 Women’s roles continued changing throughout time, moving closer to Nightingale’s vision and further from Ellis’s views. Women were given the right to own property. Women were given the right to vote. Women were given a place outside of the home, even being vital to the workforce during the world wars. Women were allowed to use birth control and abortion, which went directly against old views of a woman’s purpose. Women were guaranteed equal pay, though this is still an issue today. Women, and all minorities, received legislation barring discrimination. Women can serve in the military. I highly recommend checking out the timelines in the works cited for a concise, clear view of women’s history. While they are for women’s rights in the U.S., I still found them very helpful for this page. Although there is more work to be done to bring total equality, women’s roles have vastly changed and progressed since the Victorian age, shown through not only society and legislation at different times, but also through the literature of those times which can be used to track the progression of women’s rights now and in the future.